So I wanted to do an in-depth article on water conditioners. They are not all created equal and even more so when it comes to axolotl care. Keep in mind that amphibians have different sensitivities to things than most fish species and some water conditioners have ingredients are are great for fish but not great for axolotls. (Please email me if you feel that some of this information is incorrect or if you would like a certain conditioner added to the list.) 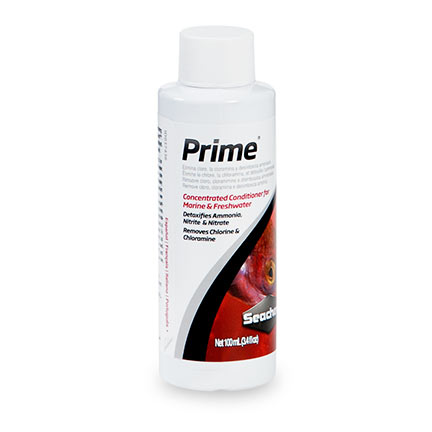 Prime contains hydrosulfite salts which remove chlorine, chloramine and ammonia. Prime also converts ammonia into a safe, non-toxic form (ammonium) that can still be used by beneficial bacteria.
Prime may be used during tank cycling to alleviate ammonia/nitrite toxicity.

Prime also detoxifies nitrite and nitrate, allowing nitrifying and denitrifying bacteria to more efficiently remove them. It will also detoxify any heavy metals found in the tap water at typical concentration levels.

The ingredients of Prime also promote the production and regeneration of the natural slime coat and are non-acidic and will not impact pH. 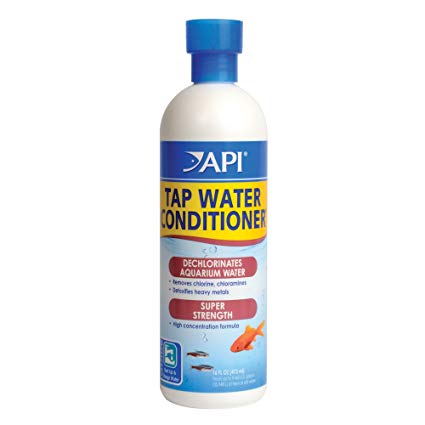 This is one of the most basic water conditioners on the market.
This product contains Sodium Thiosulfate and nothing more which is a basic yet effective chlorine remover.

“Tap Water Conditioner” does not remove chloramines, however it breaks the chlorine/ammonia bond releasing the ammonia ions, so this product should not be used with larger water changes over 20% in all but the healthiest most established of nitrifying filters in ones pond or aquarium.
This product also does not aid with the addition electrolytes nor does it aid with either natural slime coat or add a synthetic slime coat like many other water conditioners.

Stress Coat contains a special non-toxic polymer that is attracted to the skin of the fish (still unsure if this chemical process works for amphibians and aquatic reptiles) forming a synthetic slime coat envelope. Stress Coat also contains sodium thiosulfate, electrolytes such as sodium and sulfides which help reduce loss of electrolytes through the skin, gills, and damaged tissue. The Aloe Vera in STRESS COAT can cause issues with many axolotls.

One major negative of Stress Coat is that it uses amine based polymers that have potential toxicity issues when used with Resins such as Purigen. 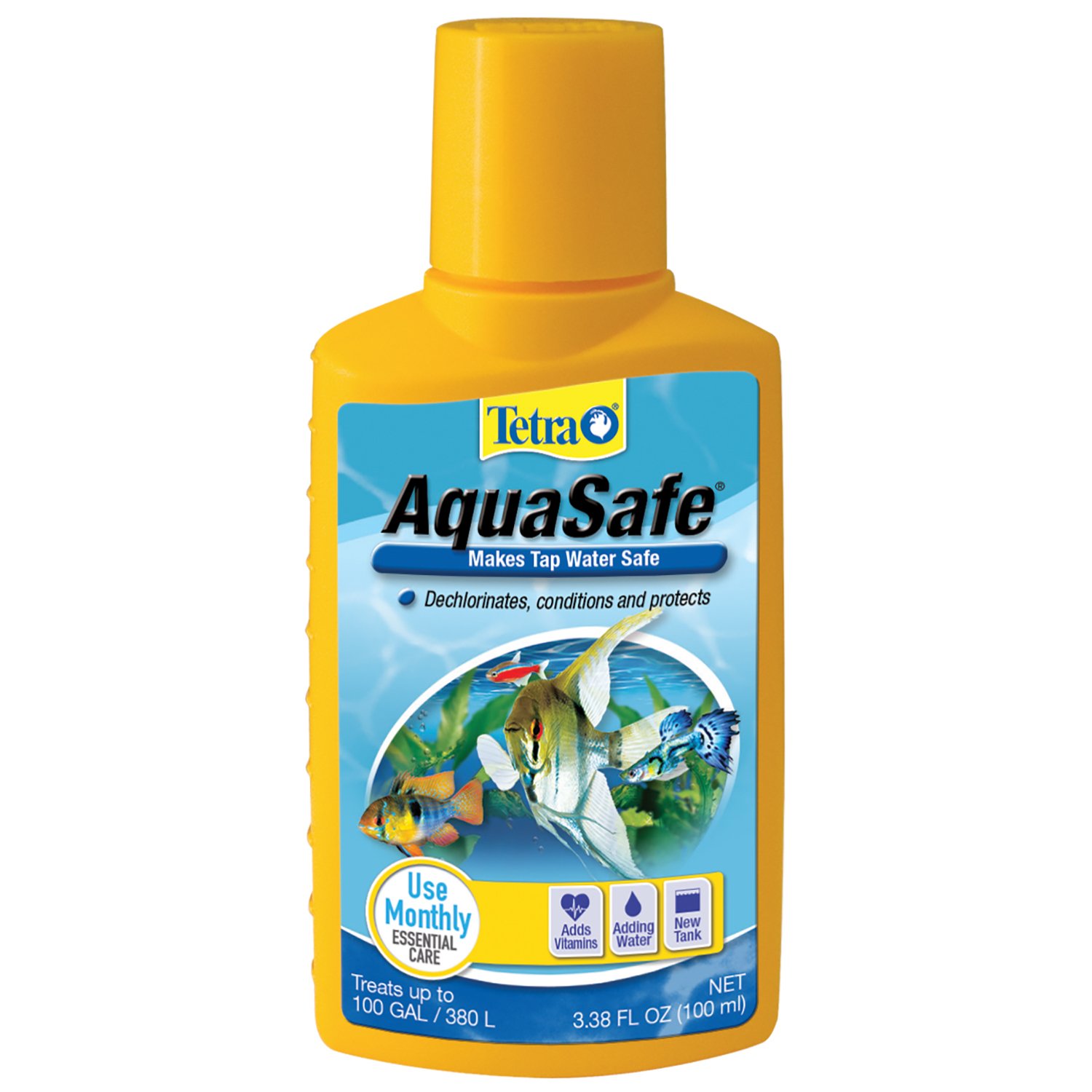 This product removes Chlorine, breaks the bond of chlorine and ammonia in chloramines (however it does NOT neutralize the ammonia), it also has several key ingredients for natural slime coat stimulation and electrolyte balance.

The “Plus” version includes biopolymers to support health. New vitamin and mineral blend including: vitamin B complex for health, Iodine and Magnesium for activity.

Start Right contains allantoin (5-Ureidohydantion; Glyoxldiureide 2, 5 – Dioxo – 4 imidzolidinyle – urea) which is used in humans for the treatment of: skin ulcers, wound, scalds, burns and sunburns, eczema, psoriasis. This is a naturally occurring chemical even found in earthworms.
Start Right is a multi-beneficial water conditioner that removes chlorine and chloramine, neutralizes heavy metals, aids in cell regeneration and in the additional production of the natural slime coat and helps reduce loss of electrolytes through the skin, gills, and damaged tissue.It stimulates the natural secretion of slime to protect fish from the harmful effects of handling, shipping, fish fighting and other forms of stress.
Start Right removes chlorine and chloramine instantly, neutralizes heavy metals, adds beneficial electrolytes and guards against secondary infection.

However AmmoLock creates acidic by-products that decrease the pH. As well, ammo-lock does not bind ammonia in a way to have it available for your filters to use (which means it has to potential to interrupt your tank’s cycle).

Reptisafe contains Herbal Extracts, Organic Colloids, Organic Chelating Agents, Electolytes, Essential Vitamins and Minerals. It is unknown if the ammonia binding process for this conditioner impedes the beneficial cycle of a tank. 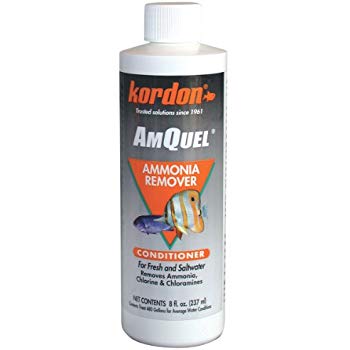 The active ingredient in Amquel is hydroxymethanesulfonic acid, sodium and salt. Amquel converts ammonia to a non-toxic form (ammonium) until it can be broken down by the tank’s natural biological filter and/or used by plants.
Amquel works by virtue of the hydroxymethane- end of the molecule reacts with ammonia to form a non-toxic, stable water-soluble substance which is acted upon by the bacteria in biological filtration.

This reaction effectively removes the toxic ammonia from solution. Even in water of low pH (under 7.0) the above reaction proceeds to completion.
This is because even at pHs below 7.0 there is always some “free” ammonia (NH3) and the AmQuel will scavenge it from the water. This is why AmQuel works faster at higher pHs and in saline waters.

AmQuel+  has the ability to make the “Nitrogen Cycle” (involving ammonium/ammonia/nitrites/nitrates) totally nontoxic in aquarium and pond keeping, without interfering with its process in any way, and without interfering with the beneficial bacteria that are involved with the cycle (as with Prime).
Further, AmQuel+ detoxifies/removes all of the toxic nitrogen compounds that can appear in aquarium and pond water over time.
It does NOT interfere with nitrifying bacteria (cycling). 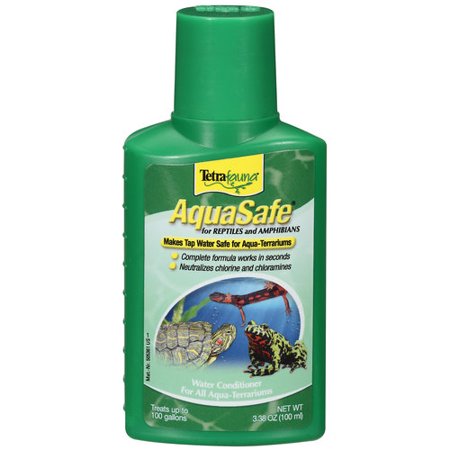 Complete formula works in seconds and neutralizes chlorine, chloramines and heavy metals. Contains unique colloids that protect skin (for applicable species including turtles). Can be used with aquatic turtles, amphibians, snakes, lizards and all ornamental fish. This product does NOT detoxify ammonia, nitrites or nitrates.

View all posts by OpalDaydreams